Research on GANs for Datasets

I was working on the continuation of a task related to GAN. There was a post about GAN which briefly explained about the introduction of Generative Adversarial Network (GAN) Model so, I guess I will skip the introduction part.

The purpose of this research is to look into ways of generating large scale dataset from fewer samples by augmenting them using controllable GAN.

During my apprenticeship, I made a generator for the purpose of data augmentation, it’s about generating random birds from different species. The generator I used is stylegan proposed by Karras et al. (2019).

Quick result from my bird model:

Difference between traditional GAN and StyleGAN 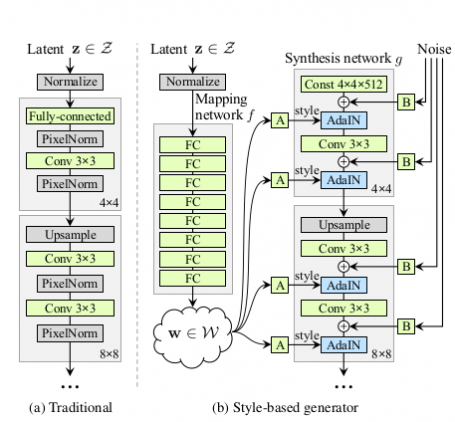 Traditional GAN consists of multiple typical upsample blocks from latent or noise Z and then the latent z will straight away go through upsample until the last block which outputs image. While StyleGAN consists of several important components which are:

Mapping layer is done after generating random noises. The noise Z will be mapped to a few FC layers to create intermediate noise W. This method will make the noise less entangled.

Noise injection is done before the AdaIN. This noise reduction is intended to create more diversity to the image. The noise is injected to the image tensor. 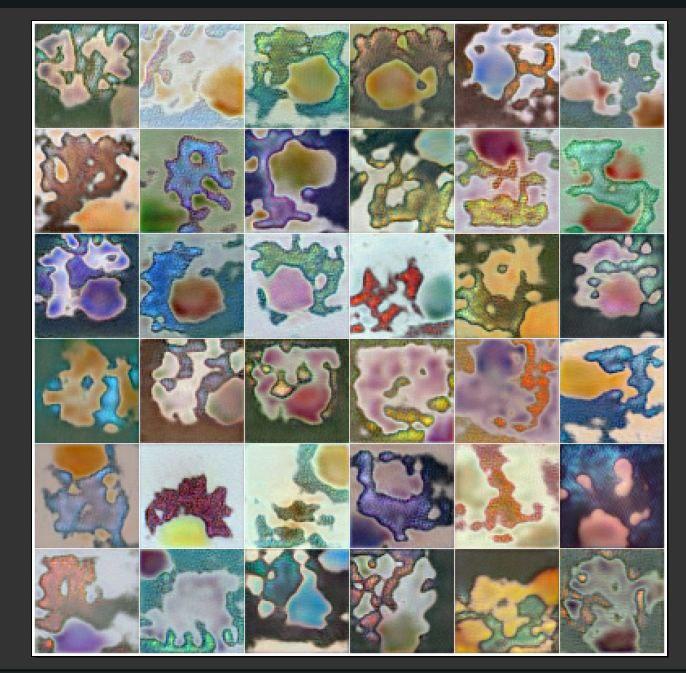 Yeah, it was very bad. One of the reasons is that the dataset contains so much variation. With so much variation but little samples produces uncertainty. Pokemon has different types and many unique designs. My thought is, if we can reduce the variation, for example we train only on grass type pokemon, it might work. Then, I tried the bird generator because they share the same characteristics as a ‘bird’. The only difference is their species.

Other than that, I did an experiment on fewer samples of a dataset which is a retinal image that has a proliferative level of diabetic retinopathy. The total samples are 708. 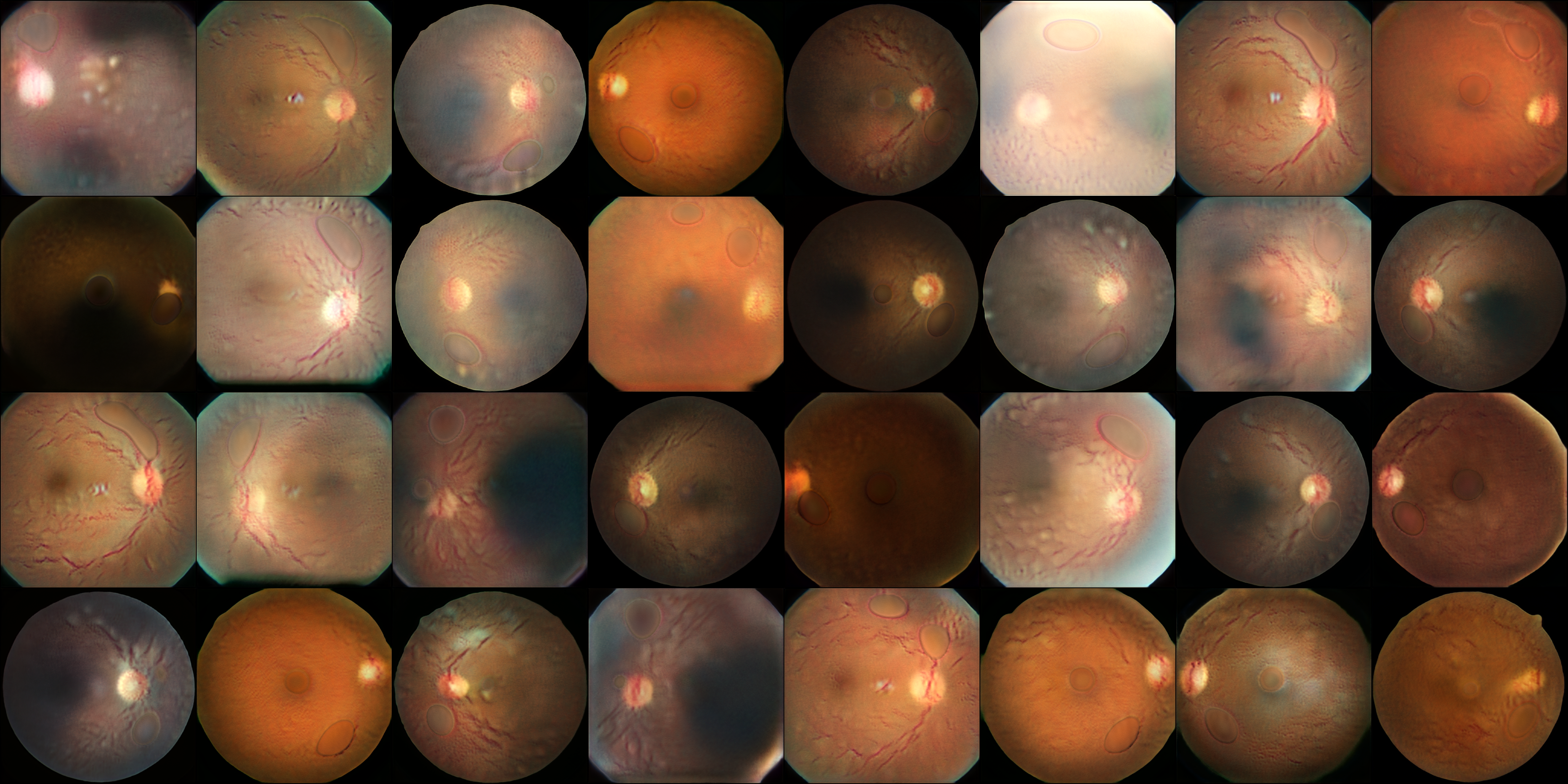 This experiment didn’t perform very well, one of it is because the model fails to generate the veins in the retinal in detail. 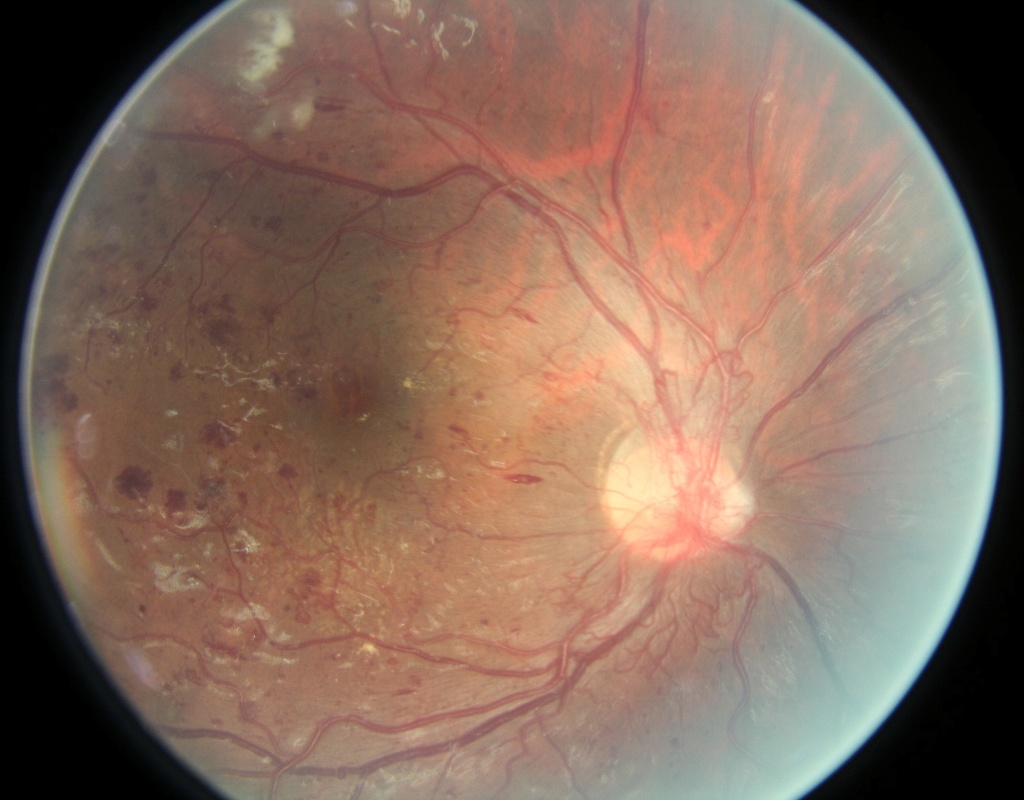 This is my current task now, not finished yet, multiple experiments need to be done. This experiment aims to transform fat people to thinner versions of themselves. I managed to collect 480 paired images from subreddit “progresspics”.

The experiment that I have done are:

The results are worse than worst for now :